We are delighted to present our first solo exhibition with Francis Boag, 'Drawn To The Edge'

Francis was born in Dundee in 1948 and studied at Duncan of Jordanstone College of Art in the late sixties. He continued to paint throughout a successful teaching career and following a move to the north east of Scotland he began exhibiting in local galleries. Demand for his work grew quickly and this enabled him to leave education and become a full-time professional Artist in June 2001. During his career he has had exhibitions throughout the UK and also New York, Dublin, Belfast, Paris, Munich, Seattle and Michigan.

‘International Artist’ magazine have showcased his work on several occasions, and he contributed a chapter on outdoor sketching for the book, ‘Work small, learn big’ which has sold well all over the world.

His best-selling prints have found their way into a host of public buildings such as airports and hospitals and his original work is held by large corporate collectors including John Lewis plc, the Royal Bank of Scotland and Baxter’s Food Group. He is one of only a few artists who has work in the National Collections of both Scotland and Ireland. For many years his work has featured on greetings cards published in support of the international childrens charity UNICEF and each year sales of his Christmas cards raise many thousands of pounds.

In October 2018 my wife Teresa and I rented a wonderful little house on the Isle of Lewis and spent an idyllic week sheltering from the rain in the spectacular landscape of Lewis and Harris.

Inspired by Peter May’s brilliant Hebrides trilogy we toured around each day and always seemed to find ourselves drawn to the edge off the island …the ocean and the seemingly endless beaches inevitably being our destination.

Over the following months these windswept moors and low-lying clusters of cottages along with the bustling harbour front at Stornoway began to reinvent themselves in my studio and a distinctive group of new paintings developed.

Almost a year later, following a solo exhibition in Dublin, Teresa and I once again made for the edge of the land, this time the West Coast of Ireland. From our base in the picturesque harbour town of Kinsale, we spent some time travelling along the Wild Atlantic Way to eventually spend a night by the shore at Salthills in Galway.

This was an exhilarating journey, the rolling fields, ancient woodlands, winding cliff top roads and the constant presence of the Atlantic Ocean creating what I hoped would be a lasting impression.

On our return home from Ireland, with the enticing prospect of an exhibition in the Smithy Gallery looming, I was looking forward to getting back into the studio, but anxious as always, to see if I could do justice to such a rich new set of experiences.

I wasn’t too anxious however, as Kinsale is renowned as ‘the Seafood capital of Ireland’, so any paintings that grew from the visit could be regarded as a bonus.

Thankfully, the Wild Atlantic Way had indeed left its mark, and a group of paintings begn to emerge which formed the foundations of the exhibition you can see here. 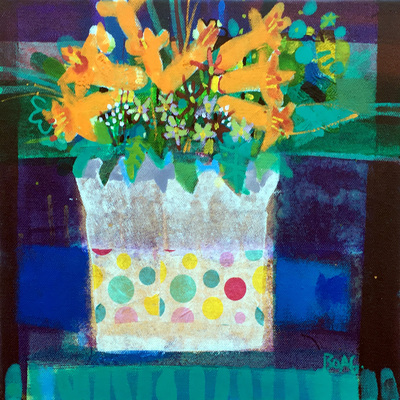 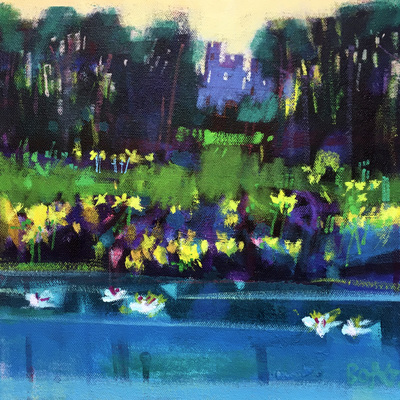 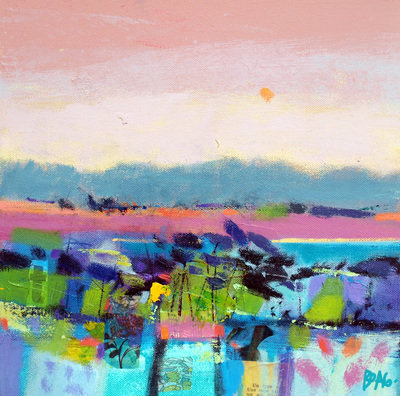 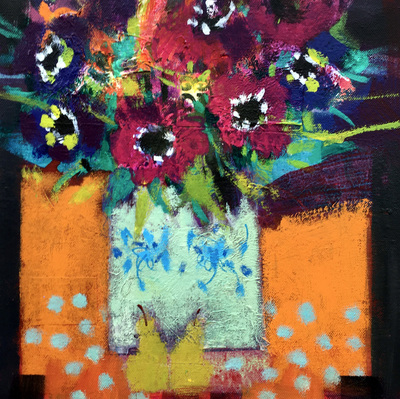 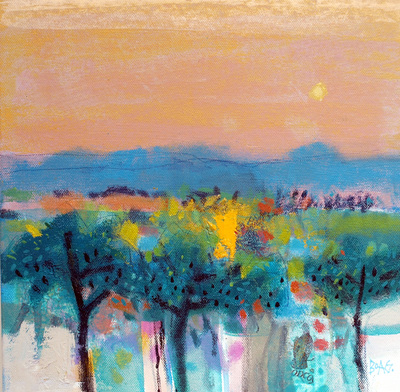 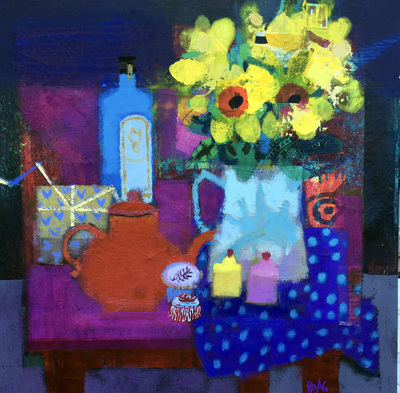 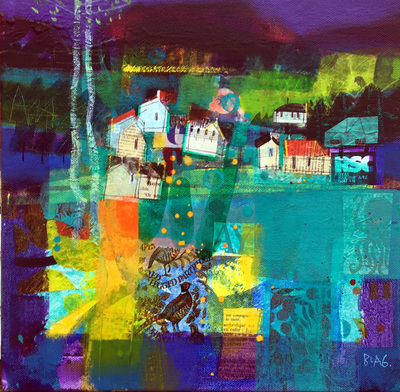 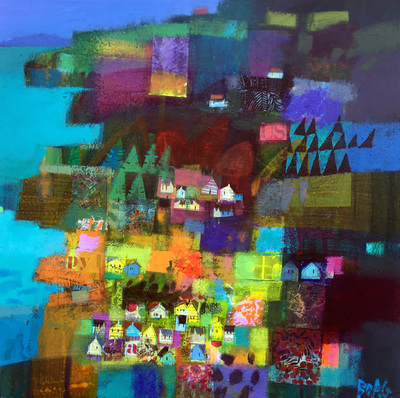 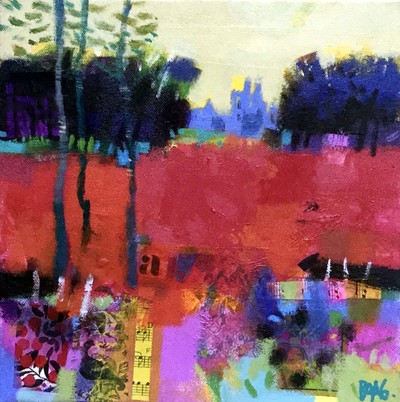 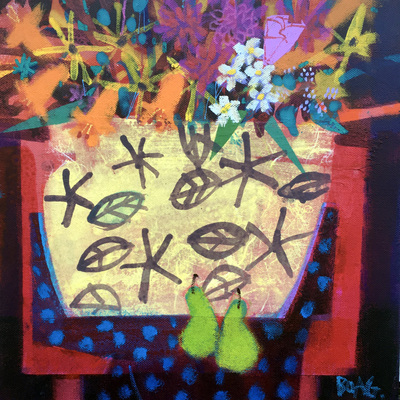 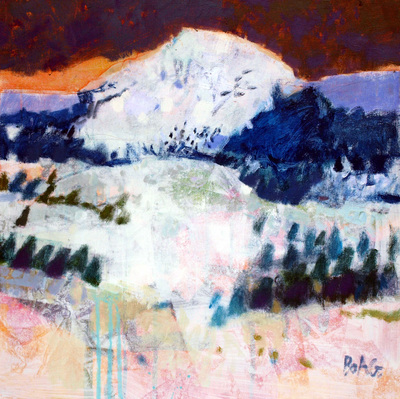 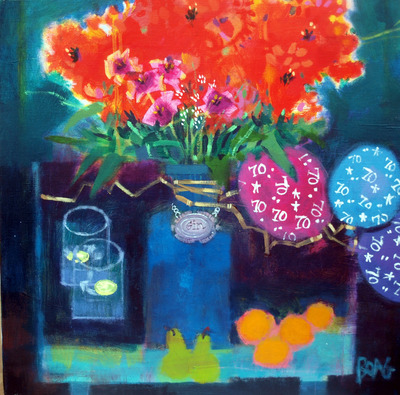 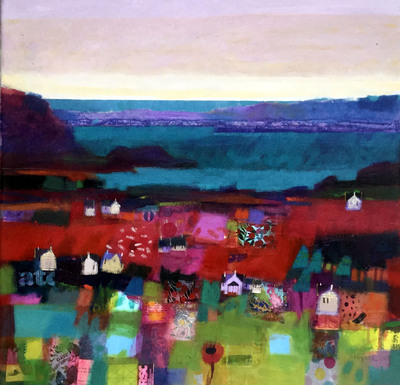 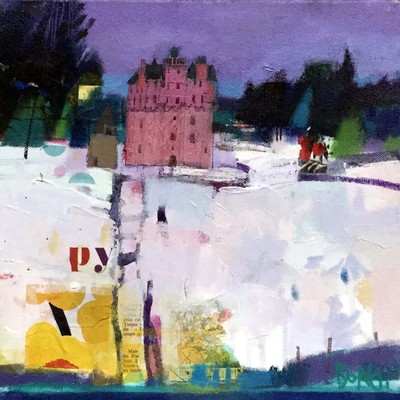 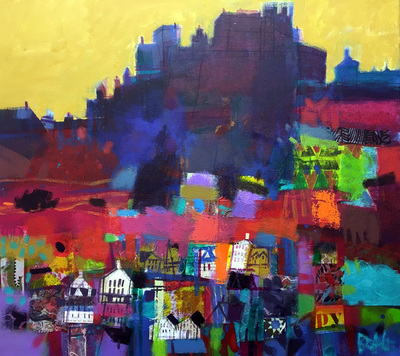 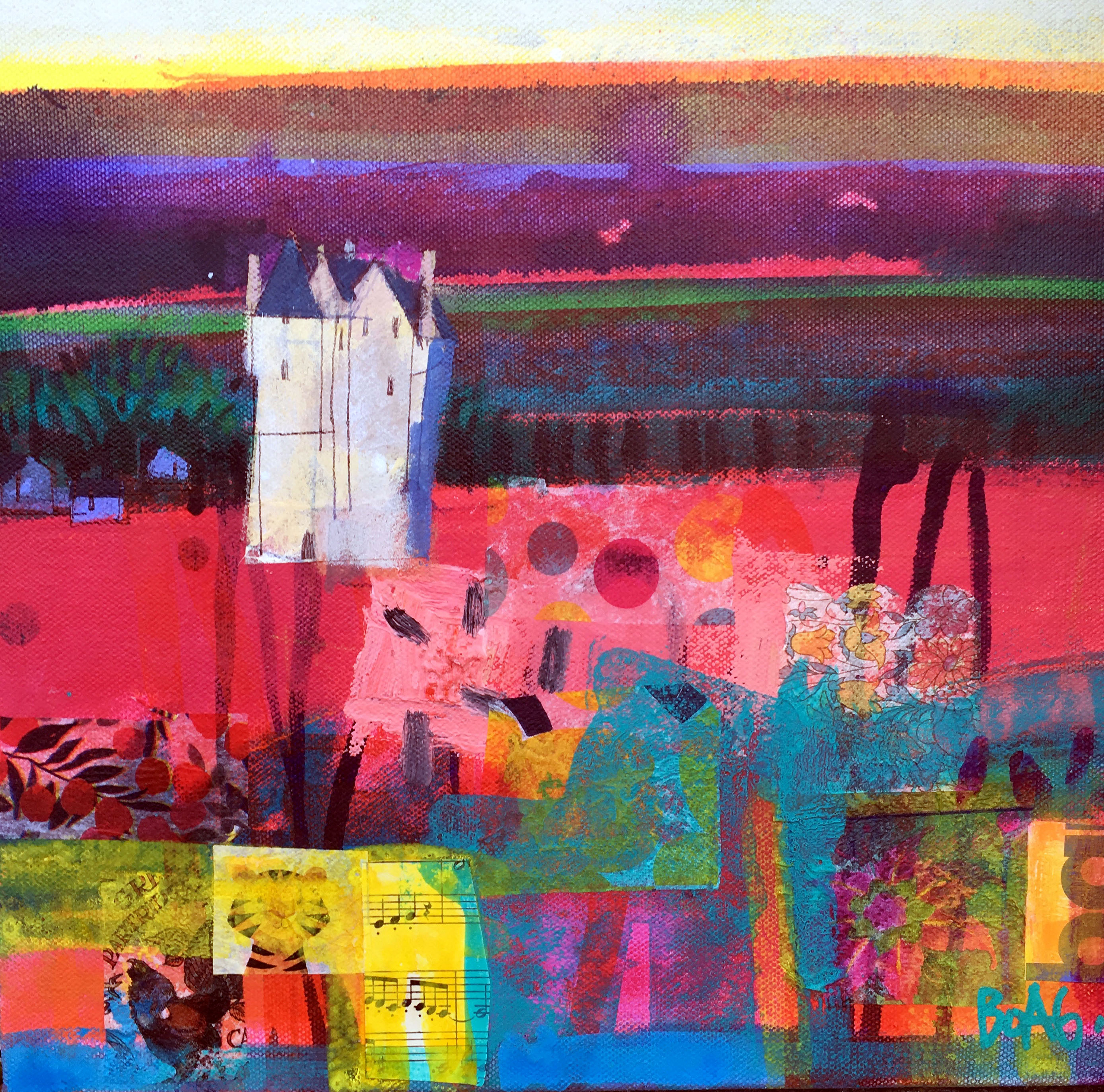 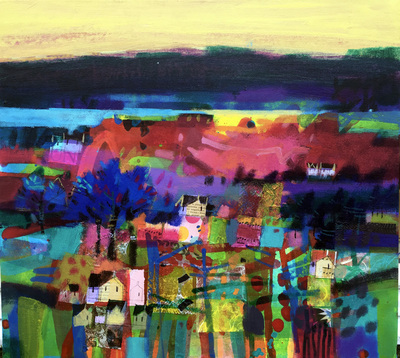 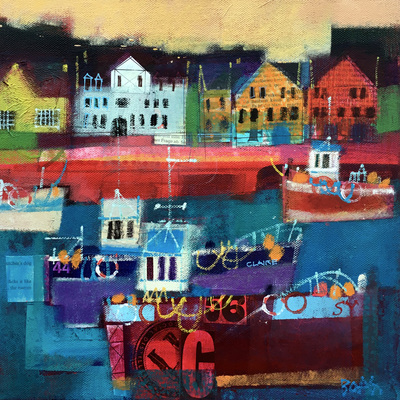 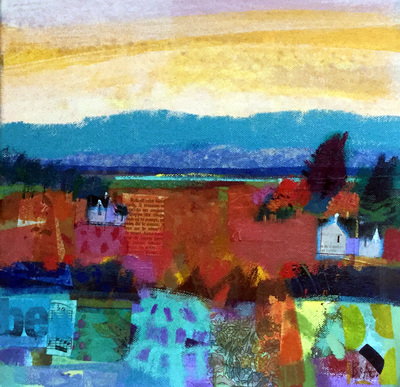 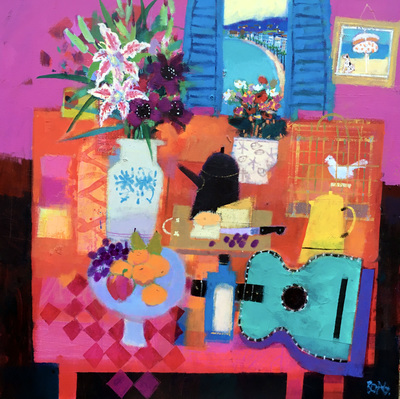 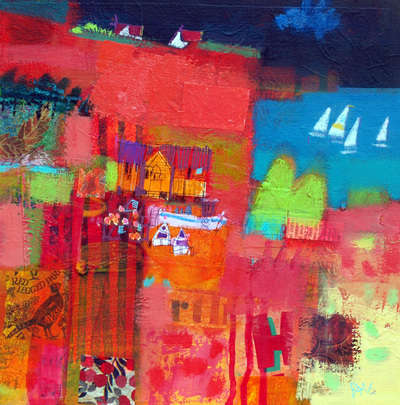